CJ 4DPLEX, the world’s leading cinema technology company, together with Warner Bros has announced that the live-action Pokémon adventure, POKÉMON Detective Pikachu, will be opening worldwide by 10 May, is coming to select theatres in the ScreenX format.
“We are very excited that Pokémon fans will soon be able to enjoy the fun, comedy and adventure of POKÉMON Detective Pikachu and be able to immerse themselves in the full potential of ScreenX.We are thrilled to partner with Warner Bros. and Legendary Pictures in bringing this experience to audiences in our newest cinematic format,” said  CJ 4DPLEX  CEO JongRyul Kim.
POKÉMON Detective Pikachu will be the third Warner Bros film to be released for 2019 in the panoramic, 270-degree premium cinema format. The new film is part of an earlier six-picture agreement between the two companies that includes New Line Cinema’s Shazam! and The Curse of La Llorona, currently in cinemas; Warner Bros. highly anticipated Godzilla: King of the Monsters, opening on 31 May; and two more yet to be announced for 2019. 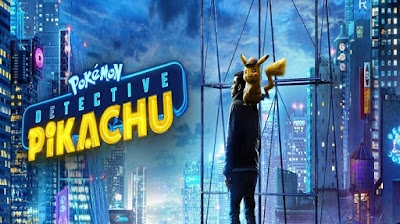 ScreenX is the world’s first multi-projection theatre technology that allows a 270-degree panoramic movie watching experience. ScreenX allows the audience to go beyond the frame of the traditional movie screen, utilising a proprietary system to expand the centre screen image to the side walls, surrounding audiences with imagery and providing a sense of being inside the movie.
“We couldn’t be happier to expand our ScreenX slate and invite fans around the world to experience this much-anticipated new Pokémon adventure with the full immersion that this breakthrough technology can deliver. As a company, we’re committed to creating unparalleled movie-going experiences for our customers, and CJ 4DPLEX has been a terrific partner as they continue to push the frontiers of technology to deliver our stories in exciting new ways,” said Warner Bros head of international distribution Thomas Molter. ”
ScreenX adds another dimension of creative possibilities for audiences to enjoy when seeing POKÉMON Detective Pikachu. The 270-degree experience opens up a whole new world as Pokémon pop up everywhere, filling all the three screens, and epic battles put audiences in the middle of the stadium as Detective Pikachu’s lightning attacks strike from the left and right panels while action unfolds on the main screen.