The John Wick franchise has earned a cult following over the years owing to its power-packed VFX-rich action and thrill. Even before the release of the movie, social media had been set awhirl with the leaked footage of Keanu Reeves firing bullets while riding horseback on the sets of John Wick: Chapter 3 — Parabellum. 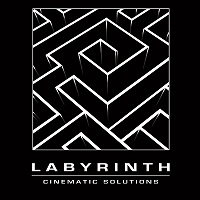 The movie managed to dethrone Avengers Endgame with 57 million dollars, surpassing the box office numbers.A franchise like John Wick automatically presupposes a great deal of visual effects work, given the action-packed sequences and stunning imagery that have become the trademark features of the franchise.

Like previous iterations, this movie is just as replete with VFX and this time Labyrinth Cinematic Solutions, a VFX studio from India has played a substantial role in creating the stunning imagery. It is perhaps the first time that an Indian VFX studio has been involved in a neo-noir action thriller like John Wick. We spoke to the VFX supervisor of Labyrinth studios Siddhartha Jayakar to get insight into the scenes of the movie and how they managed to create the breathtaking imagery in the actioner.


John Wick is a popular franchise that has built and earned quite a
reputation for its action-packed imagery. We are pleased to learn that an Indian VFX studio has been involved in deploying a substantial number of VFX shots. Could you talk to us through the process?
It felt like quite an honour to get the call for this one as all of us loved the franchise and we were really excited to come on board for one of the most awaited films of the year. We had numerous calls with the VFX supervisor to understand their vision and their expectations. Our meetings with the producer & VFX supervisor had really helped us in gaining their confidence and entrusting us with the most crucial climax sequences. We were constantly in touch with them.

How many shots were delivered from your end?
Let’s not disclose the number.

How much time did it take for your studio?
We came on board from Dec 2018 onwards.


The movie is making massive waves across the globe. Any special VFX techniques or software you made use of to deliver the shots?
John Wick is known for its action and it’s getting bigger and better with every franchise. Seamless use of VFX has made it possible for everything to look natural and organic. We were assigned a couple of key action sequences like the Bike Chase on the bridge and Horse sequence in Manhattan. We followed the director’s mandate to perfectly blend the VFX components with the high intensity of the live action shots. Along with these we also had tremendous 3D input in the film. It’s best to see Chapter 3 and enjoy the action-packed experience.

Considering your body of work, you have also worked with OTT giants like Netflix. Would it be too bullish to say that the advent of OTT platforms has given way to high-quality VFX content from India given the fact that Netflix is big on shelling out budgets?
There is certainly a LOT happening in the Indian OTT media and entertainment space. In India, we have the big global players producing out of here, as well as many domestic ones. However, VFX hasn’t played too large a role in any shows that have been made so far out of India… Compared to say a Lost in Space, which we worked extensively… Or A Series of Unfortunate Events which we also did… Both produced by Netflix in the US, compared to those Indian OTT platforms have not bet big on VFX-driven content yet but we are sure it is only a matter of time before it happens…

What message would you like to give to the budding VFX artists and aspirants who wish to work with studios like yours in the future?
Our journey has been exciting and there are some great projects coming out from Labyrinth very soon. As an organisation, we take pride in our projects and we know that great work is only possible with a great team of like-minded people. Anyone who wants to work with Labyrinth should be onboard with this work ethic first and foremost.
Our advice to young artists would be to spend time in getting their basics right before they jump into the field. India has been projected as a major player in the entertainment sector and there are exciting times ahead for all of us.

It’s always reaffirming to hear when Indian VFX studios are involved in the creation of world-class imagery. We hope to see more Indian names rolling up in the credits of movies, contributing to the VFX scene worldwide.

Courtesy: AnimationXpress.com
Posted by MAAC Sohna Road at 10:30 AM