Nickelodeon and CBS Television Studios has announced to have a go-ahead for a new animated Star Trek series to be developed by Emmy Award winners Kevin and Dan Hageman (Trollhunters and Ninjago). The project will be overseen by Nickelodeon animation production and development EVP Ramsey Naito.
Launching exclusively on Nickelodeon, the series expands the Star Trek universe for a new generation of fans. The new original CG-animated series finds a group of lawless teens who discover a derelict Starfleet ship and use it to search for adventure, meaning and salvation. 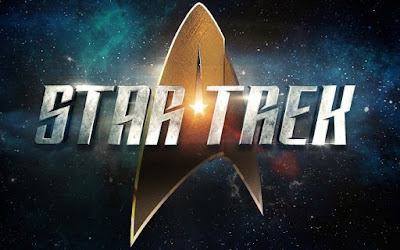 Naito commented, “Partnering with CBS Television Studios and the creative masterminds behind the Star Trek franchise is an incredible opportunity and allows our audience to discover rich characters and new stories. Star Trek is a franchise loved by generations of fans around the globe, and adding Nickelodeon as home to the next animated series is a perfect fit.”
Emmy Award-winning Hageman brothers have written and produced some of the biggest animated franchises in film and television. They have noted projects to their credit like Emmy Award-winning series Trollhunters, The LEGO Movie, LEGO Ninjago: Masters of Spinjitzu, the theatrical The Lego Ninjago Movie, Hotel Transylvania,The Croods 2 (writers), apart from the upcoming live-action feature Scary Stories to Tell in the Dark.
“Star Trek, Nickelodeon, and the state of animation are doing incredibly ambitious things as of late. We couldn’t be more excited to jump aboard,” added Dan and Kevin Hageman.
The Star Trek series will be from CBS’ Eye Animation Productions-CBS Television Studios’ new animation arm, Secret Hideout and Roddenberry Entertainment. Alongside Kevin and Dan Hageman, Alex Kurtzman, Heather Kadin, Katie Krentz, Rod Roddenberry and Trevor Roth will serve as executive producers with Aaron Baiers as the co-executive producer.
“Star Trek’s mission is to inspire generations of dreamers to build a brighter future. Dan and Kevin have crafted a story that honors its exploratory spirit in a way that’s never been done before, while the Nickelodeon team blew us away with their excitement at bringing Trek to a younger generation around the world,” said Kurtzman.